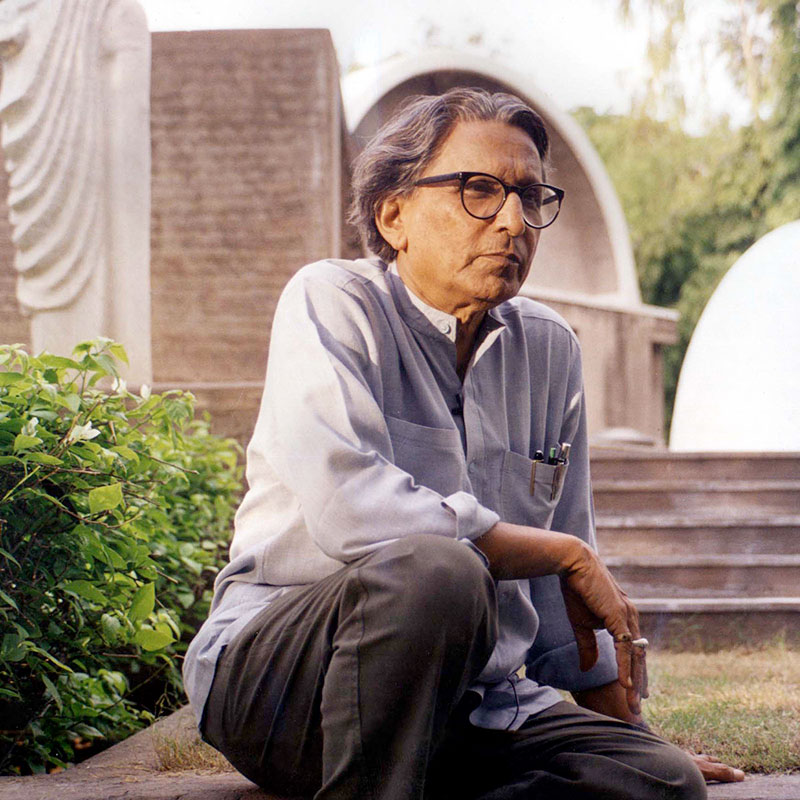 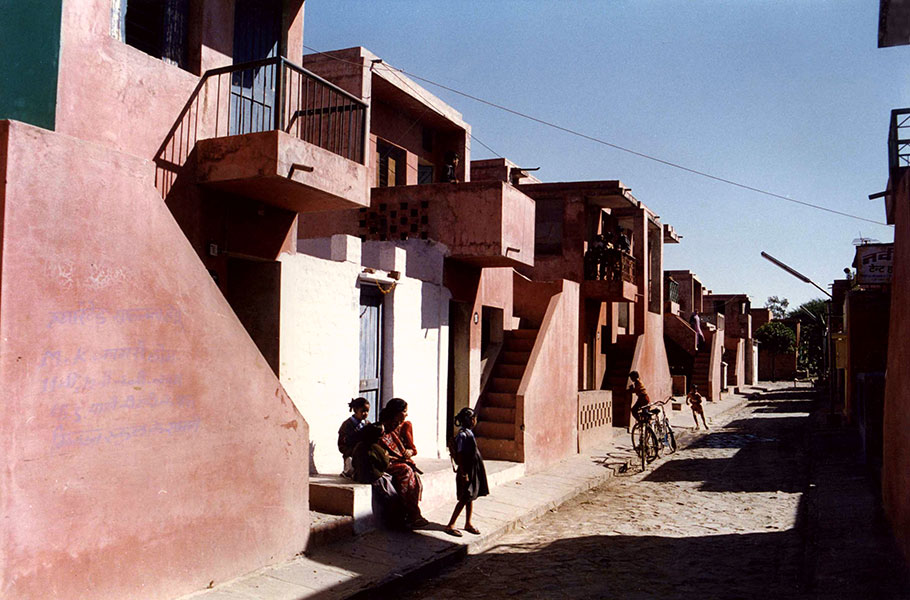 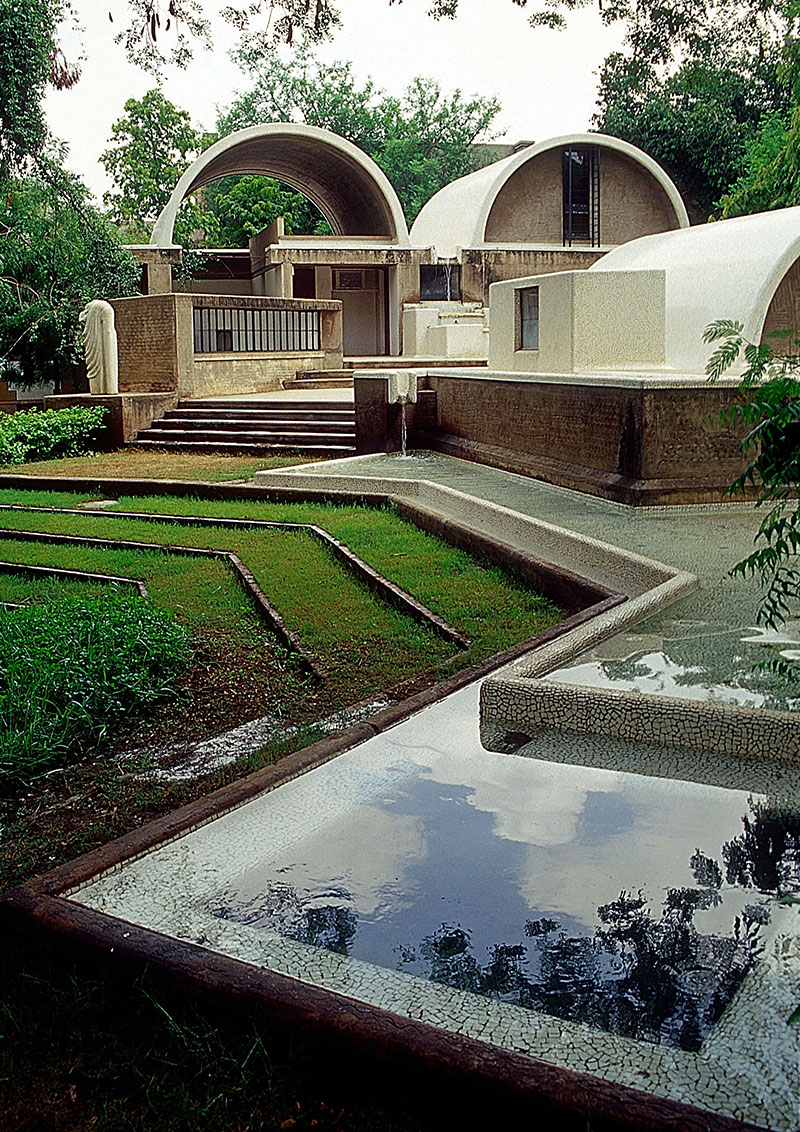 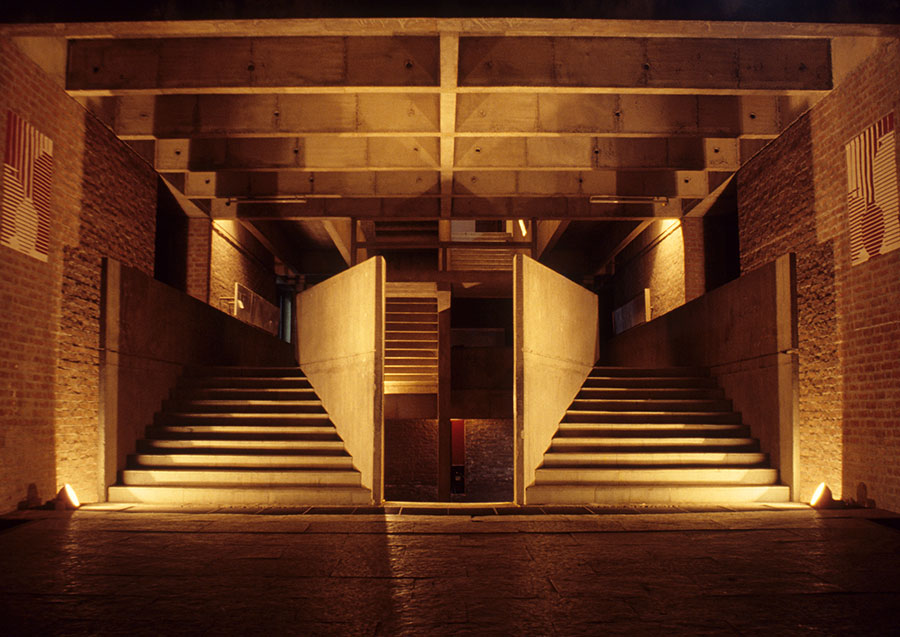 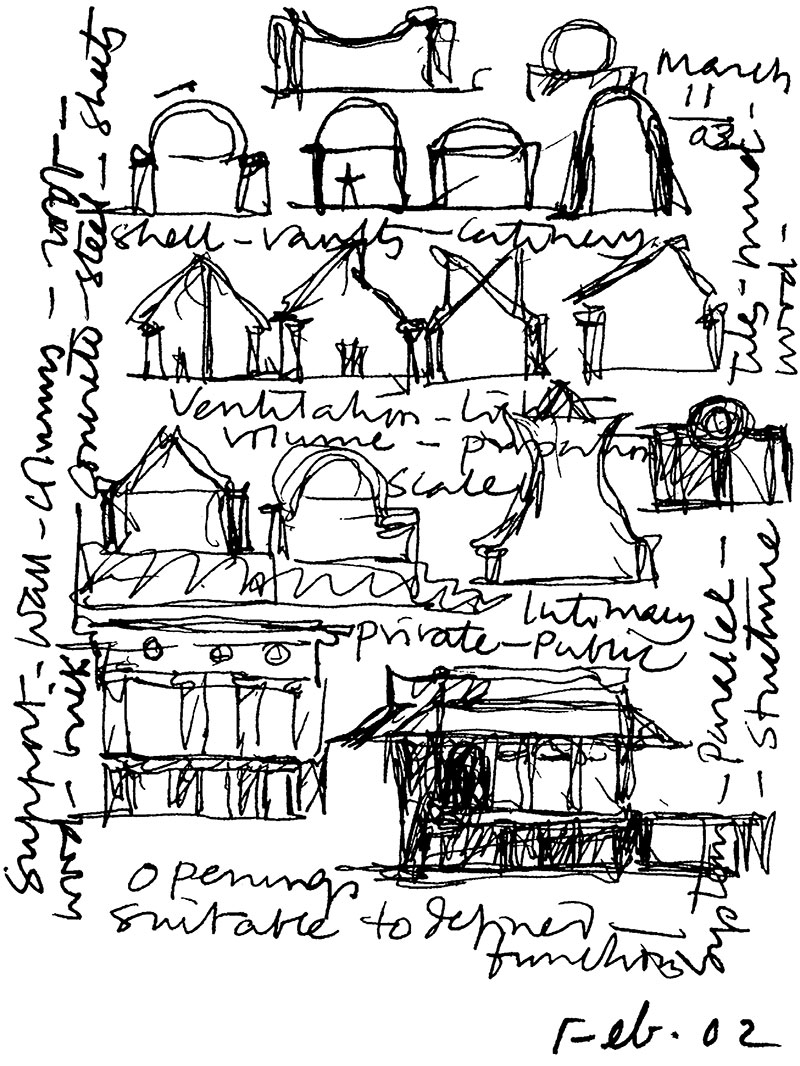 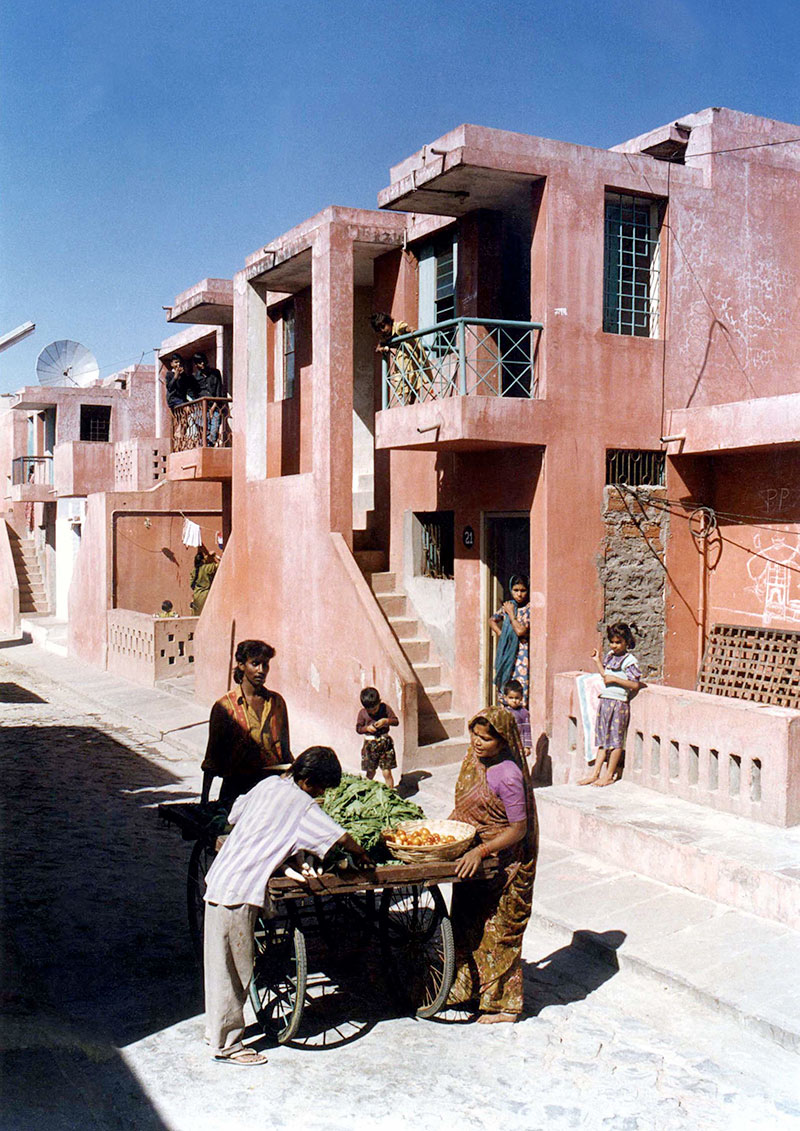 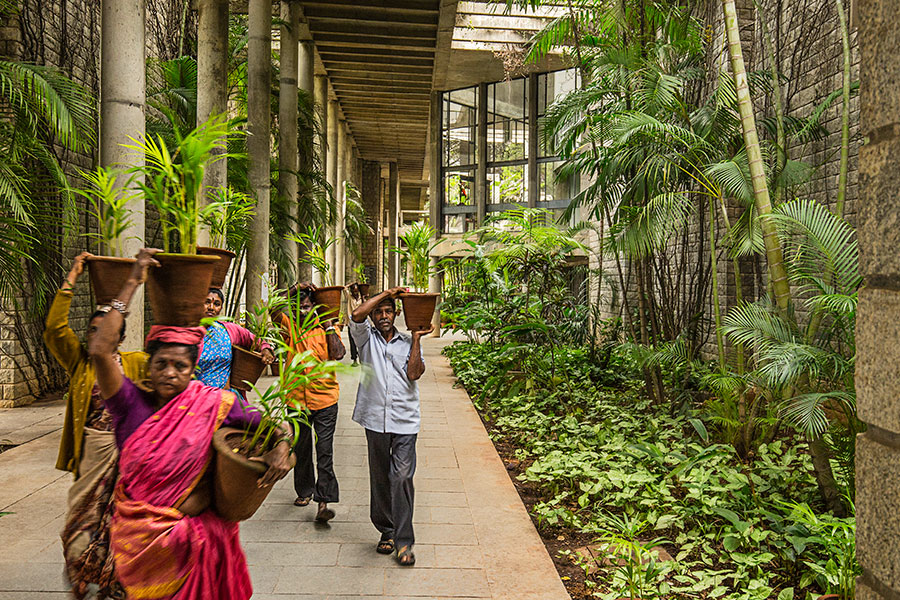 Indian architect Balkrishna Doshi has continually exhibited the objectives of the Pritzker Architecture Prize to the highest degree. He has been practicing the art of architecture, demonstrating substantial contributions to humanity, for over 60 years. By granting him the award this year, the Pritzker Prize jury recognizes his exceptional architecture as reflected in over a hundred buildings he has realized, his commitment and his dedication to his country and the communities he has served, his influence as a teacher, and the outstanding example he has set for professionals and students around the world throughout his long career.

Doshi, as he is fondly called by all who know him, worked with two masters of the 20th century—Le Corbusier and Louis Kahn. Without a doubt, Doshi’s early works were influenced by these architects as can be seen in the robust forms of concrete which he employed. However, Doshi took the language of his buildings beyond these early models. With an understanding and appreciation of the deep traditions of India’s architecture, he united prefabrication and local craft and developed a vocabulary in harmony with the history, culture, local traditions and the changing times of his home country India.

Over the years, Balkrishna Doshi has always created an architecture that is serious, never flashy or a follower of trends. With a deep sense of responsibility and a desire to contribute to his country and its people through high quality, authentic architecture, he has created projects for public administrations and utilities, educational and cultural institutions, and residences for private clients, among others.

He undertook his first project for low-income housing in the 1950s. Doshi stated in 1954, “It seems I should take an oath and remember it for my lifetime: to provide the lowest class with the proper dwelling.” He fulfilled this personal oath in projects such as Aranya Low-cost Housing at Indore, 1989, in central-west India and the Co-Operative Middle Income Housing, Ahmedabad, India of 1982, and many others. Housing as shelter is but one aspect of these projects. The entire planning of the community, the scale, the creation of public, semi-public and private spaces are a testament to his understanding of how cities work and the importance of the urban design.

Doshi is acutely aware of the context in which his buildings are located. His solutions take into account the social, environmental and economic dimensions, and therefore his architecture is totally engaged with sustainability. Using patios, courtyards, and covered walkways, as in the case of the School of Architecture (1966, now part of CEPT) or the Madhya Pradesh Electricity Board in Jabalpur (1979) or the Indian Institute of Management in Bangalore (1992), Doshi has created spaces to protect from the sun, catch the breezes and provide comfort and enjoyment in and around the buildings.

In the architect’s own studio, called Sangath (Ahmedabad, India, 1980), we can see the outstanding qualities of Balkrishna Doshi’s approach and understanding of architecture. The Sanskrit word Sangath means to accompany or to move together. As an adjective, it embodies that which is appropriate or relevant. The structures are semi-underground and totally integrated with the natural characteristics of the site. There is an easy flow of terraces, reflecting ponds, mounds, and the curved vaults which are distinguishing formal elements. There is variety and richness in the interior spaces that have different qualities of light, different shapes as well as different uses, while unified through the use of concrete. Doshi has created an equilibrium and peace among all the components—material and immaterial—which result in a whole that is much more than the sum of the parts.

Balkrishna Doshi constantly demonstrates that all good architecture and urban planning must not only unite purpose and structure but must take into account climate, site, technique, and craft, along with a deep understanding and appreciation of the context in the broadest sense. Projects must go beyond the functional to connect with the human spirit through poetic and philosophical underpinnings. For his numerous contributions as an architect, urban planner, teacher, for his steadfast example of integrity and his tireless contributions to India and beyond, the Pritzker Architecture Prize Jury selects Balkrishna Doshi as the 2018 Pritzker Laureate. 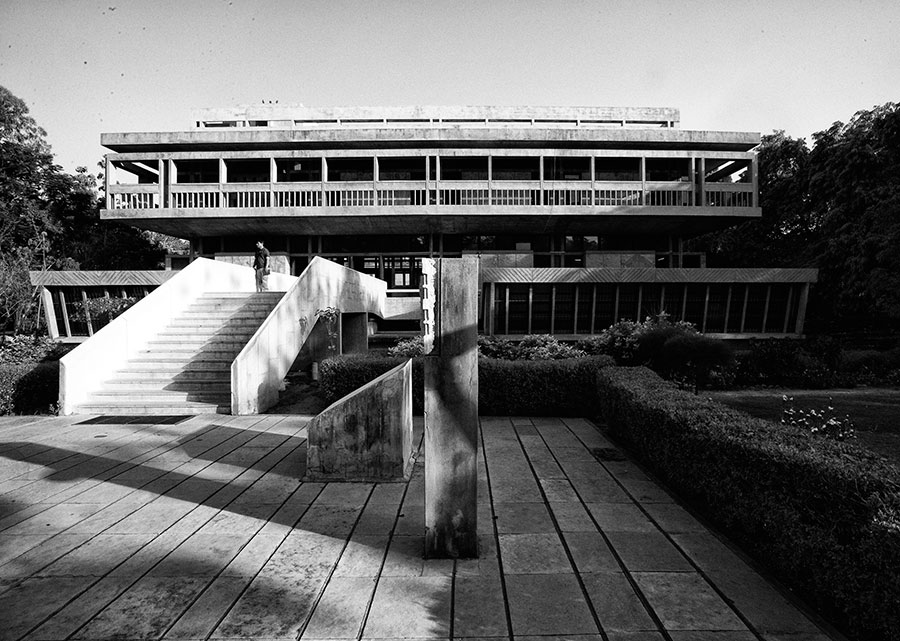 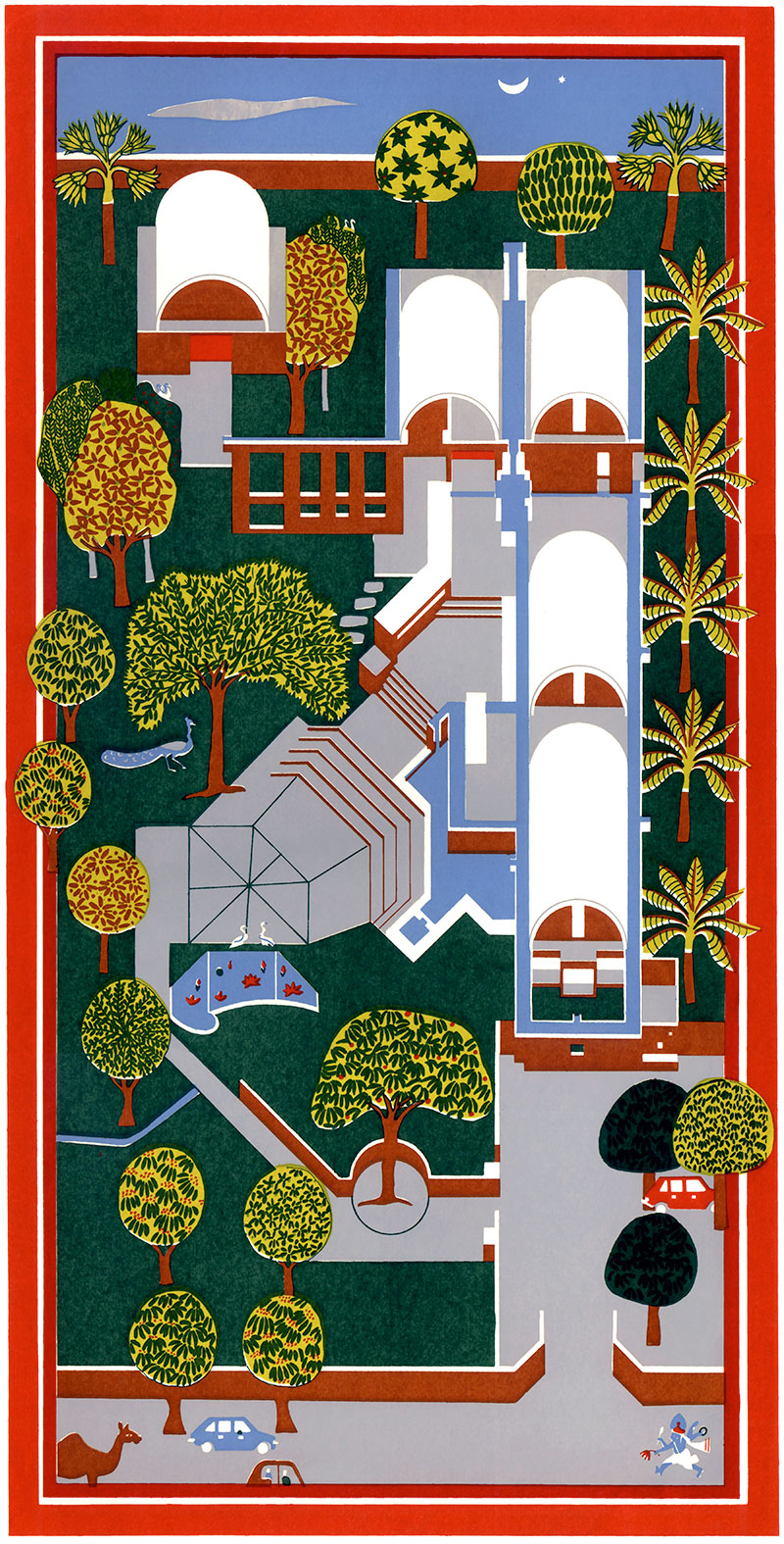