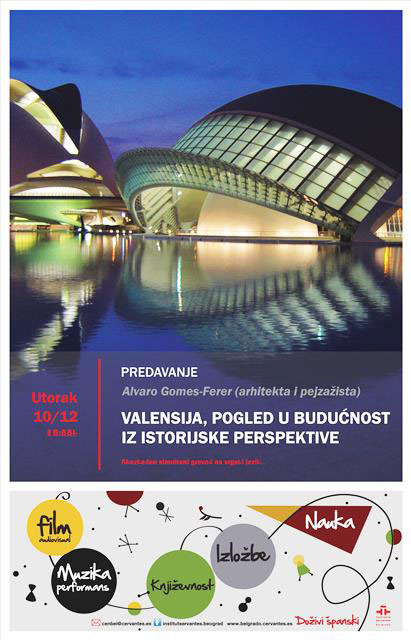 Professional career:
Municipal architect of the city of Xàtiva, 1965-1975.
He wins competitions to carry out the urban planning framework of some cities, and implemented many planning bylaws and various environmental protection sector plans as Bethlehem Master Plan, or the Conservation Plan for the historic city of Medina (Malta).
Recently, he has been awarded to develop the disused railway yards in the city of Benicassim.
As an architect, he has been continually active in the field with projects of all kinds, residential, industrial, social and cultural, as well as restoration and rehabilitation projects, amongst which the Valencia Fine Arts Museum is particularly of note.

Reports and other activities:
He has written numerous reports for the declaration of historic/artistic monuments and landscapes in the province and city of Valencia.
In 1988 he travelled to the Philippines to assess the monuments, cities and landscapes to be included in the World Heritage list.
Expert responsible for drafting reports for the inclusion in the World Heritage List: Oporto (1996), the Grand Place in Brussels, (1998), the Verona (2000), the Medina in Essaouira (2001), Bordeaux (2006), Mantua and Sabionetta (2007).
He has written reports on the exceptional value for: Santarem, Guimaraes and Marvao in Portugal, Siracusa and Genoa in Italy, Cidade Velha in Cape Verde.
He was on the jury of several architecture and urban-planning competitions.
He has organised over a dozen international urban-planning congresses. He has been the invited speaker at more than thirty international congress related to urban-planning and heritage, and has attended a total of eighty-five international congress.

Publications:
He has published up to a total of 45 articles and papers from the different congress at which he has been a speaker.