Семинар: Forms of space. Reflections on Architecture and its negative 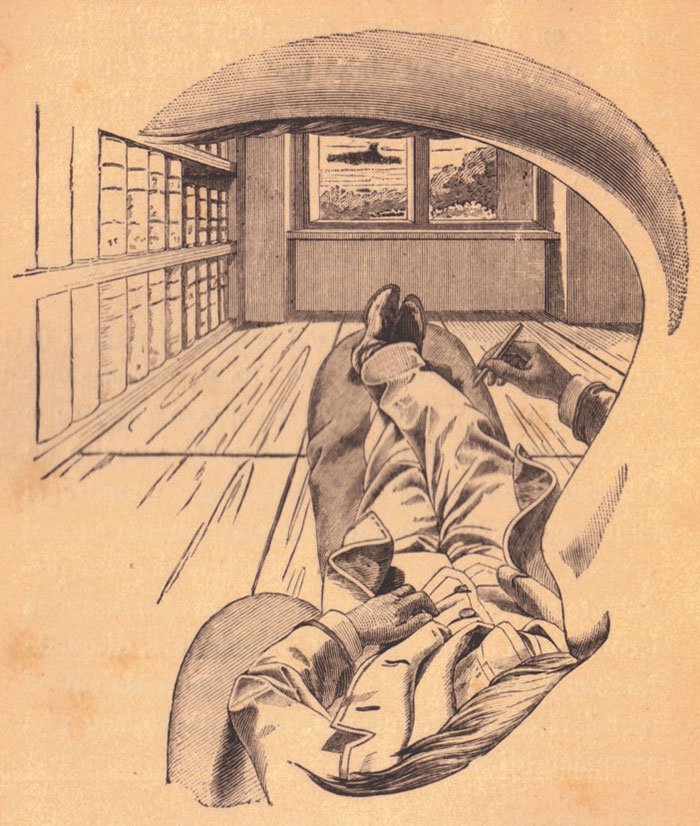 Luka Skansi, Teaching space at Vchutemas
The aim of the paper is to present one the most unusual researches in the field of architecture, that was performed within the Vchutemas: the teaching method developed by Nikolai Ladovskij in his course prostranstvo [space] – a method called by the author psiho-analiticheskij metod [psycho-analytical method]. The didactic and experimental work conducted within the Vkhutemas, one of the main Soviet educational institutions following WWI, and the place for the formation of XXth century Soviet architectural culture, will be analyzed through the photographic collection of student exercises, a vast selection of images depicting the models and drawings produced by students of the course “Space” [prostranstvo], which was held by Ladovskij.
The course was a part of the so-called Osnovno otdelenie – as the basic propaedeutic course program – and was regarded as a fundamental step in the education system and as a key opportunity in the students’ formation to focus on more general problems of architecture, rather than requiring their immediate involvement within the more specialised disciplinary tracks.

Luka Skansi (1973), architectural historian, is assistant professor at University in Rijeka, Croatia. He graduated in architecture at IUAV, Venice, where he also received his Ph.D in 2006 with a research on pre-revolutionary Russia (1900-1917). His research interests include Italian architecture and engineering of the 20th century, Russian and Soviet architecture and the architecture in ex-Yugoslavia. He published essays and articles on Carlo Scarpa, Aldo Rossi, Gino Valle, Pier Luigi Nervi, Myron Goldsmith, Jože Plečnik, Nikolaj Ladovskij, Mojsej Ginzburg, Peter Behrens, Manfredo Tafuri. He is the author of Gino Valle complete works (with Pierre-Alain Croset, Electa, Milano 2010).
Recently he curated two exhibitions – on Italian postwar architecture (Atlante dell’architettura italiana degli anni ‘50 e ’60) and on the italian architect Costantino Dardi (both in 2013) – and participated to the 2014 Biennale di Venezia, section “Mondoitalia”, with the installation The Remnants of a Miracle.
In 2009 he received a Bruno Zevi Honorable Mention Prize for a historical-critical essay on Russian pre-war architectural culture. In 2012 he was a Visiting Scholar at the Canadian Center for Architecture in Montreal. He was Visiting Professor at the Faculty of Architecture in Ljubljana (Slovenia) and at University Ca Foscari in Venice. 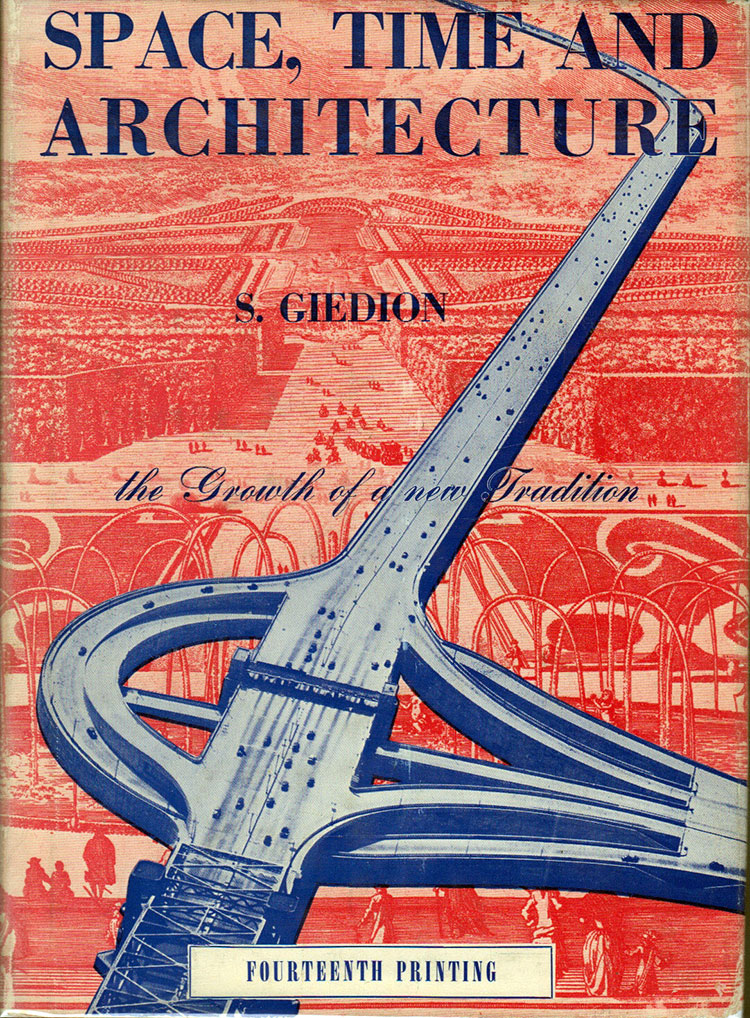 Space, Time and Architecture: The Growth of a New Tradition, 1941 | Sigfried Giedion

Marcello Barison, Towards an Organic Conception of Space
In his famous study on Space, Time and Architecture, Sigfried Giedion outlines the key features of what he calls the “new space conception” established by twentieth-century architecture: “With the […] conquest of space […] our powers of perception became widened and sharpened in consequence. We discovered the interplay of imponderably floating elements irrationally penetrating or fusing with each other, as also the optical tensions which arise from the contrasts between various textural effects.
The human eye awoke to the spectacle of form, line, and color ‒ that is, the whole grammar of composition ‒ reacting to one another within an orbit of hovering planes […]”. A perceptive space is at stake, completely different from that, of transcendental nature, conceived by Kant as pure a priori intuition. Now, main aim of my presentation is to determine which are the distinctive features of the architectural space that, as perceptive space, essentially differs from the transcendental space conceived by the philosophical tradition.

Marcello Barison is currently Postdoctoral Research Fellow at the Center for Advanced Studies, Southeastern Europe (CAS SEE, University of Rijeka). He received his BA and MA at the University of Padua. His thesis (MA dissertation), which then turned into his first book (La Costituzione metafisica del Mondo), concerns the concept of world in the contemporary German thought. From that work, also owing to an annual stay at the Humboldt Universität zu Berlin, he explored the twentieth century German philosophy more and more thoroughly, especially devoting his attention to the figure of Martin Heidegger, the thinker on which he then conducted also his doctoral dissertation. He completed his doctoral studies at the Istituto Italiano di Scienze Umane (SUM) in Naples in collaboration with the Albert-Ludwigs-Universität Freiburg.
In addition to lectures and publications focusing on 20th century continental philosophy, he has written on contemporary art, literature and architecture. In the academic years 2011-2013 he covered the role of adjunct professor of Aesthetics at the University of Ferrara (Faculty of Architecture). Since January 2013, moreover, he had been a visiting scholar at the Philosophy Department of Columbia University-Barnard College (New York), where he filled the position of visiting professor during fall semester 2013 before filling again the position of adjunct professor of Aesthetics at the University of Ferrara in 2014. Marcello Barison obtained the habilitation for Associate Professorship in both Aesthetics and Theoretical Philosophy in 2013. 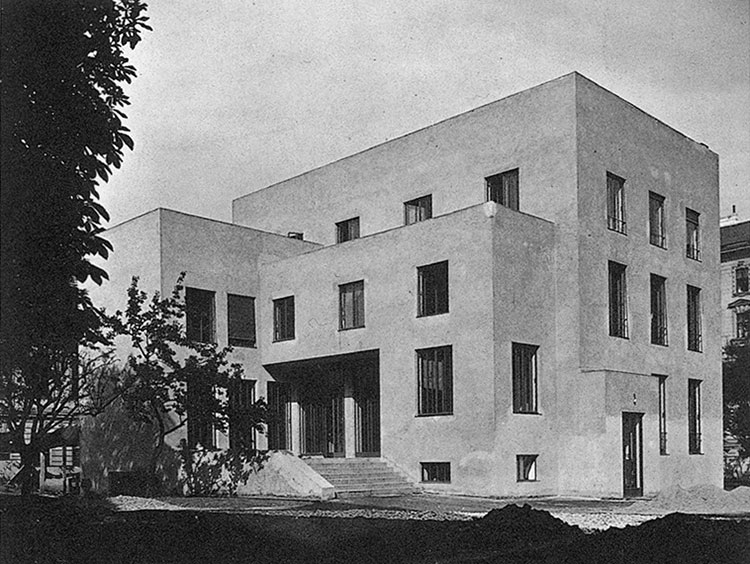 Luca Taddio, Wittgenstein’s House. Space and Architecture
«Working in philosophy – like work in architecture in many respects – is really more a working on oneself. On one’s interpretation. On one’s way of seeing things. (And what one expects of them)» (Culture and Value, §16). The relationship between philosophy and architecture finds, in the Stonborough House planned by Wittgenstein on the Kundmanngasse, a unique case of its kind, intertwining the life and work of the philosopher with the concrete realisation of an architectural work.
What emerges immediately is the problem of how to understand the relationship between this work and his thought: whether it contains a philosophy and, if it does, in what it consists. We intend to examine the relationship between labour in Wittgenstein’s architectural work and labour in philosophical work, with the view to discuss the very concept of aesthetics.

Luca Taddio’s main interests are visual studies and theory of perception. He has been teaching Aesthetics at the University of Udine and Mind-Body problem and A.I. at the University of Trieste. He is director of series of books (among them: “Volti”, “Filosofie” and “Sx”) and he is editor of collections like P. Bozzi, Un mondo sotto osservazione (2007), W. James, Empirismo radicale (2009), E. Severino, La guerra e il mortale (2010), José Ortega y Gasset, Meditazione sulla tecnica (2011), Quale filosofia per il Partito Democratico e la Sinistra (2011), and of two books on Aesthetics of Architecture Costruire Abitare e Pensare (2009) and Città Metropoli e Territorio (2012).
He wrote some philosophical short stories published in Spazi immaginali (2004). He is also author of Fenomenologia eretica (2011), L’affermazione dell’architettura (with Damiano Cantone, 2011), Global Revolution (2012) I due misteri (2012), Verso un nuovo realismo (2013). He is Managing Director on Mimesis Publishing together with Pierre dalla Vigna.

Dario Gentili, Void, chóra, räumen: Spaces of evacuation
My speech is inspired by the comparison between Jacques Derrida and Daniel Libeskind (including, in the background, even Peter Eisenman) on the concept of “emptiness”. In order to avoid to come back to the “metaphysics of presence”, although declined as a “presence of absence”, Derrida insists on the need to distinguish between the terms “emptiness” and “void”, claiming that void is not to be reduced to “emptiness”, and suggests that the difference between emptiness and void would correspond, in Plato, to the difference between emptiness and chóra.
In fact, the term “void” comes from the Latin “vacuum” and means “vacant”, “devoid of” form, identity, location, appearance and presence. So, the active sense of “to void” allows to consider some spaces as “spaces of evacuation”, that implies also a particular juridical meaning.
It would be extremely interesting to note that the German räumen, a pivotal concept in Walter Benjamin’s and Martin Heidegger’s reflection on the space, is very similar to the semantic spectrum of “to void”. My aim is, therefore, investigating the constellation void-chóra-räumen and so, from the point of view of architecture and conception of space, shedding a special light on the comparison between Derrida, Benjamin and Heidegger.