The latest issue of German architectural magazine Profile (PROFILE No.15/2015) offers an introduction into the work of three of our students – Milan Pejčinović, Tamara Ilić and Predrag Milovanović.

The topic of this issue is Teamwork, pages 66 and 67 present the student projects in an article under the title Putting New Knowledge into Practice: Student projects on the Schüco parametric System by Britta Rohlfing. The article explains the cooperation of our school and the German company Schüco, the Schüco Parametric System and presents coursework done under the tutorship of Assistent Professor Mirjana Devetaković-Radojević.

Within the elective course “Parametric modelling” in the third year of the Undergraduate studies at University of Belgrade, Faculty of Architecture, a group of students was introduced with the Schüco Parametric System at the very end of the spring semester 2014/15 and required to design a parametric façade applicable in their actual studio project which was mainly housing or mixed use design.

Schüco Parametric System represents a step forward in introducing parametrics in the process of architectural design. Offering a technical solution that is flexible enough to respond to designers’ intentions to dynamise building envelope but to stay in domain of buildability, it is a sort of prêt à porter using the language of fashion. 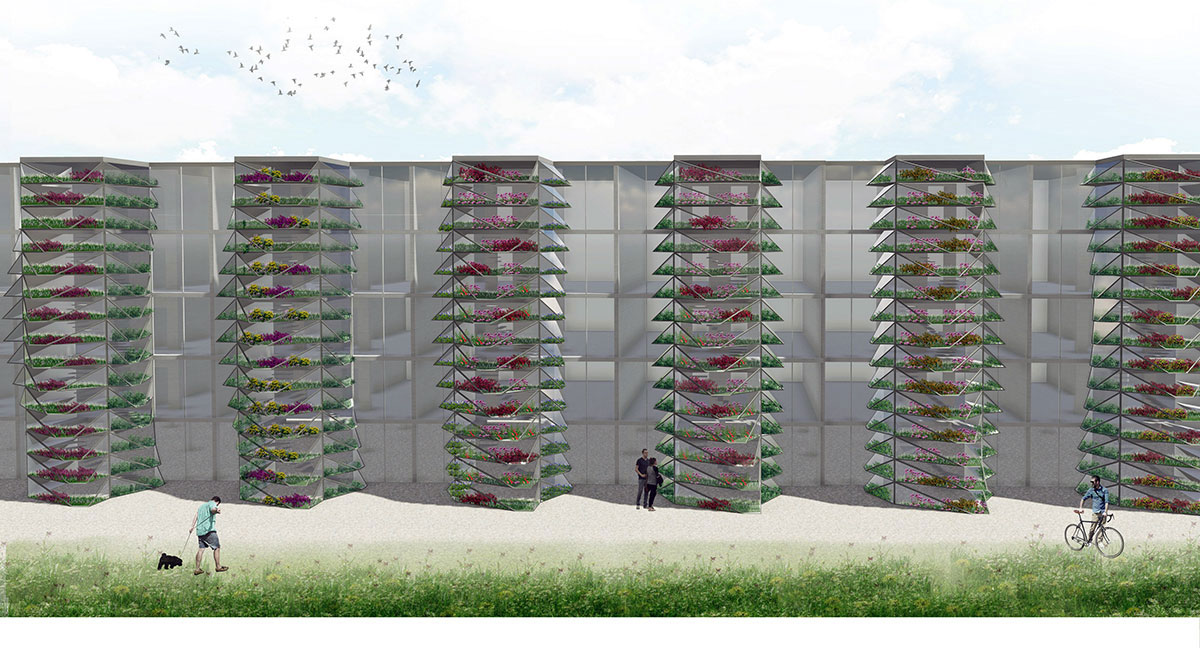 Since Schüco provides software support for several platforms (including Rhino 3D and Grasshopper, as well as Revit), the Belgrade students were given a Grasshopper definition, part of fully functional plug-in, enabling creation of significant variety of answers to a given task.

For the purpose of this assignment, the algorithm provided by Schüco was tested and slightly shortened in terms of keeping it support to geometric parametrization, but to exclude the part of the system that supports the manufacturing.

On the other hand, the students used the knowledge and skills of parametric modelling to control initial architectural form that will be materialized by the given façade system. Finally, the students were free to propose some modifications of the existing system, according to specific requirements of their individual designs.

In terms of architectural pedagogy this was an experiment in vivo, appropriate for elective courses, since similar method of integrating industry based parametric solutions with usual parametric form finding, has not been reported yet. 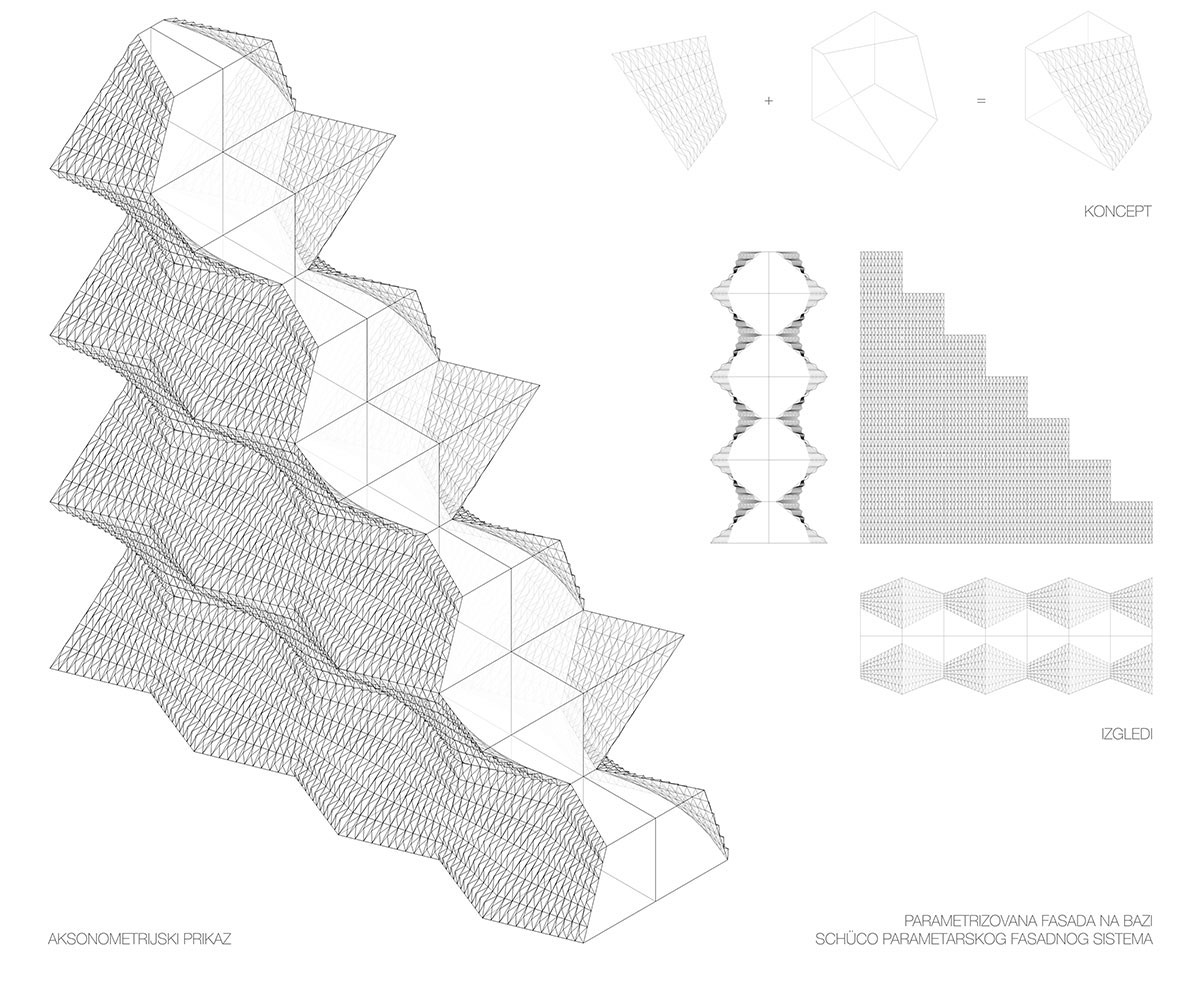 The results presented in students’ final submissions demonstrate, at the first instance, a great potential of the Schüco Parametric System to respond to demanding requirements of young designers.

Some of the students decided to follow the examples given by the producer, examining applicability of the system in their particular contexts, in the part of public buildings accompanying housing (example of design of Milan Pejčinović).

The others tried to modify the system according to specific needs of pure housing, according to the principles of sustainability. Example of such approach is the work of Tamara Ilić who decided to propose some green modules only for circulation parts of designed condominiums (multi-apartment buildings). She proposes a “landscape” orientation of 2.4 – 3.7m long and 1 m high Schuco façade modules, with a single horizontal element holding greenery.

Finally, some of the students decided to explore the system in terms of primary form finding, regardless of the future building function. Example of such approach is an exploration of Predrag Milutinović.

You can download the complete issue of the magazine here: PROFILE (No.15/2015)